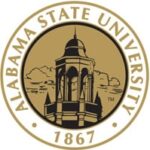 Every day is different for IT executive Keith Ellis. And he’s prepared for that.

“One day it’ll be peaches and cream, and the next day it’ll be thunderstorms,” Ellis said. “We don’t live in a perfect world. Whatever comes your way, you have to strategize to get through it.”

It’s a mindset Ellis learned over 13 years in the Army, where he rose to captain. After leaving active duty, he was recruited by Eugene Tinker to help with a Montgomery-based startup consulting company. Tinker was looking for someone who could multitask and had built-in leadership skills.

Veterans fill the ranks of executive positions at several other companies in a Capital City long known as a military hub. The IT field in particular leans on military retirees, said Rick Plaskett, director of defense technology development for the Montgomery Area Chamber of Commerce.

“There are about 12 different IT companies in that building right now, and I guarantee you that every one of them has a military veteran in an executive position,” Plaskett said.

“They have great leadership skills because that’s what they’ve been doing their whole career in the military. There are companies who court these folks.”

One of the companies now doing the courting is CET. Ellis said aside from appearing at veteran job fairs, the company works to connect with transition centers on the state’s military bases and form relationships with the counselors. It’s worth going the extra mile to land a veteran, he said.

They also have a big heart. Plaskett pointed out that “a disproportionate” number of military retirees wind up in leadership roles for local social service organizations, where they’re willing to accept less pay to feel like they’re making a difference.

Ellis said he found help and support from other veterans at the Veterans Affairs hospital in Montgomery.

Alabama State University’s Small Business Development Center also offers free counseling, training and more for veteran-owned small businesses, or potential start-ups. It works to connect small companies to government contracting opportunities and even has a certified counselor on board to help with the VA verification process.

Call 229-4138 for more information about the services.

“You have to seek it, but the opportunities for help are there,” Ellis said.