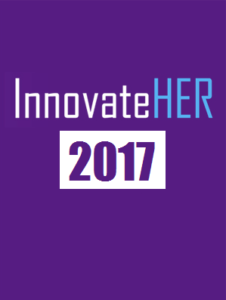 The U.S. Small Business Administration today announced the launch of the 2017 InnovateHER: Innovating for Women Business Challenge, a nationwide business competition to drive attention and resources to innovative products and services that make our lives easier and longer.  Competitors vie for $70,000 in prize money provided to SBA for the InnovateHER competition through a gift from the Sara Blakely Foundation.  A significant number of competitors in last year’s competition worked with their local SBDC before, during, and after the InnovateHER competition.

“The return of SBA’s InnovateHER Business Challenge presents an exciting opportunity for some of our nation’s foremost entrepreneurs and innovators,” said SBA Administrator Maria Contreras-Sweet.  “Women represent half of the U.S. workforce and control 80 percent of the nation’s purchasing power, but still make up less than five percent of venture capitalists.

I decided to launch this annual competition two years ago so that we could begin to address that opportunity gap, because when women have an equal role in the marketplace and are able to chart their own paths, our nation as a whole is stronger and more globally competitive.”

The number of women venture capital partners has dropped from 10 percent in 1999 to just six percent in 2014, a trend directly correlated to women’s access to capital; only about seven percent of venture capital funding in the United States currently goes to women-owned ventures. Gender bias is well documented in this area: a Harvard Business School study asked potential investors to rate a series of pitches, some of which were narrated by women and some by men. Even when the scripts were exactly the same, only 32 percent of people said they would fund the woman, compared to 68 percent who said they would fund the man.

InnovateHER: Innovating for Women Business Challenge officially kicks off in winter of 2017 with local competitions to be hosted by universities, accelerators, clusters, scale-up communities, SBA resource partners, and other economic development organizations.  Through the competition, SBA is seeking to amplify products or services that fill a need in the marketplace and have the potential for commercialization.  SBA continues in its efforts to expand the InnovateHER Challenge, focusing on empowering more women in the investment and innovation space.  Additional details on the InnovateHER can be found on the online competition platform www.challenge.gov.

Contreras-Sweet added: “Now in its third year, InnovateHER continues to make women a bigger part of the conversations around innovation and investment, helping entrepreneurs realize the empowerment and self-sufficiency that can come from advancing ideas and products that tap into new market opportunities.  We continue to recognize and support these visionaries who dare to innovate, take risks, create and transform the marketplace for the better.”

Entrepreneurs selected as winners in local competitions will advance to the semi-final round.  From the pool of semi-finalists, SBA will select up to 10 finalists who will be invited to the National InnovateHER: Innovating for Women Business Challenge to be held in mid-2017.  The finalists will pitch their products and ideas to a panel of expert judges and compete for the top three awards along with $70,000 in prizes.

Over the past two decades, women entrepreneurs have been critical to growing businesses and creating jobs in cutting-edge fields such as precision medicine or cybersecurity, as well as through advances in agriculture and manufacturing.  Women across the nation will benefit from investing in research and inventions that impact their experiences.  A lack of inclusion in the innovation space leads to missed opportunities, especially when women make the majority of the buying decisions.  The SBA is encouraging organizations across the country to participate in this important business challenge.

For more information including competition rules, go to www.sba.gov/innovateHER.